Away From Home, Dawod Zai Continues to Support Afghans 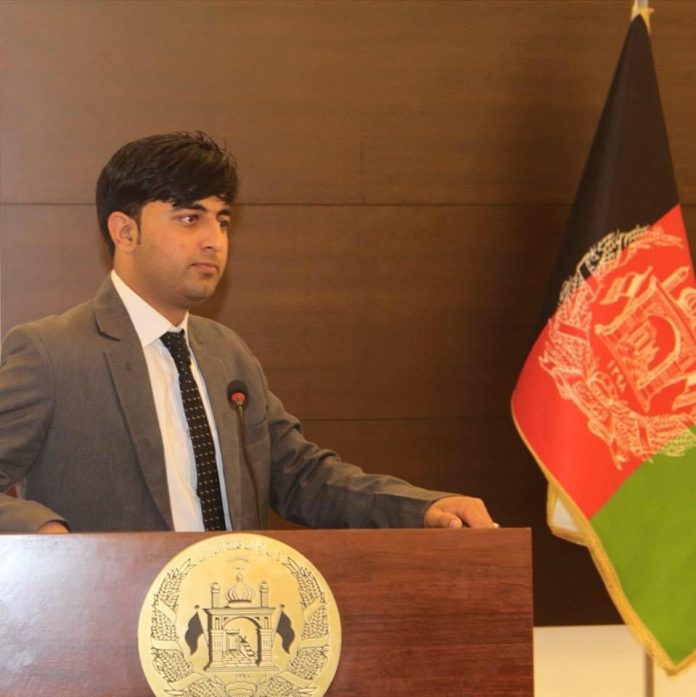 One week before the Taliban’s takeover of Kabul, as news kept coming in about the collapse of Afghan provinces, many people thought it was a strategy of President Ghani to draw the Taliban commanders into the cities and capture them, says Sabur Shah Dawod Zai. Speaking to GSV from his new home in Warsaw, Poland, Dawod Zai says he never imagined that President Ghani would flee Afghanistan.

A young computer science graduate from Nangarhar, Afghanistan, Dawod Zai had worked in Kabul as an advisor to the Afghan government in various roles.

“On August 15, 2021, we heard some rumors that Kabul is about to collapse. It was a very tragic day for me,” recounts Dawod Zai, “and then we heard that President Ghani had left the country. I was shocked that 20 years of our achievement and progress, everything was obliterated because of the Taliban.” He wasn’t sure if he should go home to Nangarhar or stay back in Kabul, but his association with the government made him a target. With his life in danger, Dawod Zai spent several days contacting people in the international community that he had collaborated with to help evacuate his family and my team members, with no luck. Finally, he got in touch with Joanna Kluzik Rostkowska, a member of parliament in Poland, and she said she would help. “After two days, she contacted me and said that I am on the evacuation for Poland, and I should go to meet the Polish soldiers at Hamid Karzai International airport (HKIA) to evacuate.”

HKIA was in complete chaos, with several thousands of people outside each of its seven gates. Dawod Zai is overcome with emotion as he remembers that time. “On the first day, I tried three gates, and the next day I tried two other gates. After being in queue for 26 hours with only a few bottles of and some biscuits, I reached the gate of the airport to be told by soldiers that only British people were allowed to enter from that gate.”

In those 26 hours, he got one hour of sleep. He finally reached another gate of the airport, and with the help of German soldiers, he found a person who helped him get in touch with the Polish soldiers at HKIA. Once inside the airport, he stayed in a camp for 22 hours before being flown to Uzbekistan by army aircraft, and from there, he and his wife took a Polish commercial airline to reach safety in Poland.

The sadness of leaving his homeland and his parents behind still weighs upon him. Dawod Zai’s parents could not be evacuated, and leaving them behind was one of the hardest things he faced. They told him that, “You must go because your life is in danger.” Like many other Afghan families, they are trying to leave the country and the terror of the Taliban regime, but there is very little support for them to be able to do so.

When he and his wife reached Poland, they spent ten days in quarantine at a camp outside Warsaw. Joanna Kluzik Rostkowska helped them to leave the camp and found an apartment where they could stay for four months until they got their documents. She continues to help them.

Dawod Zai had set up the Bin Dawod Foundation in Afghanistan in 2017 to raise funds and provide support to people who needed assistance. Now in Poland, his primary focus remains to support the people of Afghanistan.

Around 23 million people – half the population of Afghanistan – face food insecurity, and 8.7 million people are at risk of starvation. The Bin Dawod Foundation has teamed up with an organization called Aseel to provide food packages to families in need. The food packages include basics like rice, lentils, chickpeas, green tea, sugar, salt, macaroni, biscuits, milk, oil, and tomato paste. Each food package will last for a month and feed a family of 7 members. Their target for this fundraiser is to help at least 100 families for the winter months.